What is a Tax Increment Financing District or “TIF”?
TIF or “Tax Increment Financing” is a financial tool that municipalities can use to pay for public improvements that in return make possible new property tax revenue. New Hampshire RSA 162-K is the enabling statue that allows municipalities to adopt the authority and powers to establish TIF districts for implementation of public improvement programs. The TIF District can accept grants and issue bonds to pay the capital costs to improve public facilities. In conjunction with improvements, a TIF district establishes a financing plan for paying off bonds from the increment of increased property tax base that results from improvements to public facilities.

Tax Increment Financing can be an effective way for municipalities to pay for redevelopment of depressed or underutilized land areas and accomplish multiple community goals in the process. TIF Districts encourage growth of the local tax base without requiring communities to finance infrastructure, services, or other improvements through their general fund.

How are SNHPC Communities Using TIF Districts?
Bedford established a TIF District in the area of South River Road between the Manchester border and Route 101. The public facilities improvements focused on upgrades to South River Road, allowing for additional land development and tax base within the district. The new tax base paid the debt service on a bond for roadway improvements within the district.

Derry established two separate districts: the Ash Street Corporate Park District (2004) and the Route 28 and Manchester Road District (2006). Once the original bond is paid off, new property tax revenue resulting from the district improvements will go into the town’s general fund.

Londonderry established a TIF District in an undeveloped area next to the Manchester Airport. The public improvements, which included the realignment and improvement of Pettengill Road, were successful in supporting desired business development, expansion, or renovation in the area surrounding the airport. Without access to these public improvements, otherwise desirable businesses would have located in other communities resulting in lost future tax base, jobs and economic vitality for the town. Londonderry notes on their TIF District Webpage that “Businesses want to locate in a town with a plan”, referring to the town’s clear plan for industrial use land development along Pettengill Road.. 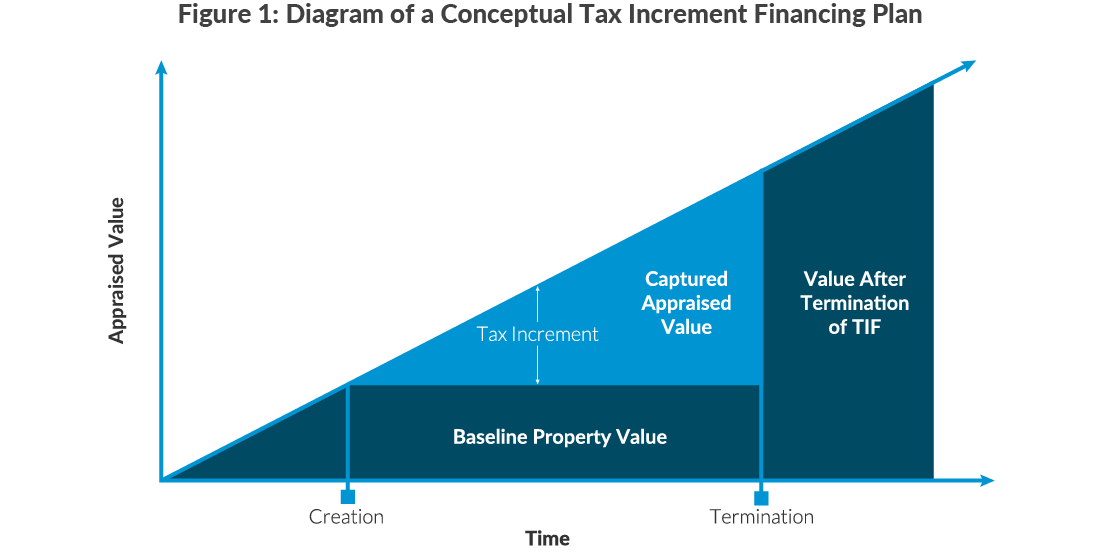 SNHPC TIF District Assistance
SNHPC has the capacity to provide the SNHPC region’s member communities with technical assistance in transportation, land planning, mapping, and other tasks associated with the establishment of a TIF District. If your community has an interest in exploring the potential for establishing a TIF District, please reach out to SNHPC Project Manager James Vayo at jvayo@SNHPC.org.