The climate in Southern New Hampshire is changing. Conditions are becoming warmer and wetter.

Southern New Hampshire has documented evidence of a changing climate over the past century and that trend is projected to continue. 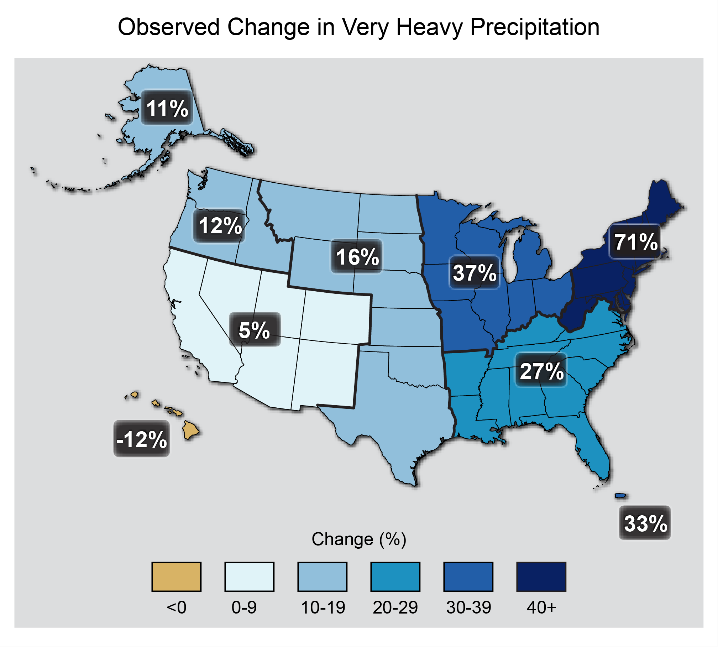 The most significant of those trends are the changes in extreme precipitation. For the Southern New Hampshire region, inland flooding associated with major rainfall events has resulted in a multitude of destructive weather events that endanger the region’s infrastructure, property, life and limb.

Over the last 25 years, New England has averaged approximately four major disasters per year and nine out of ten of these disasters were caused by flooding. In 2006 and 2007, southern New Hampshire experienced two major inland flooding events which resulted in significant damage property and the road network. During the May 2006 flooding, commonly known as the Mother’s Day Floods, over 600 roads were closed statewide. When all the damages were tallied the Mother’s Day Flood resulted in FEMA disbursing nearly $9 million dollars in direct assistance to over 4,400 households and over $14 million dollars in public assistance to state and local government. These impacts illustrate the scale of risk that extreme precipitation carries and the potential for it to inflict damage across the region, supporting the need for proactive planning for future events and the value of adaptation and risk mitigation planning activities.